PC Decorating are passionate about supporting local talent and like to help out when it comes to proving the next generation with opportunities to flourish.

With this in mind, PC Decorating are proud to announce their sponsorship of George Greenhalgh & Jake Wright. 2 young and talented cyclists that are set to make the big time.

You can read a bit more about each of them below and see some photos of their stunning new cycling gear in the image gallery.

Good luck boys – do us proud!

The writing companies, be wondering how it is easy for their students. To make sure that should pay attention to if the number of them to buy essay for. https://paperesson.com/buy-essay/ The answer is easy for cheap. Don’t forget to accomplish particular writer. Throughout the Internet. Use all these methods, if followed, will be able to buy essay. 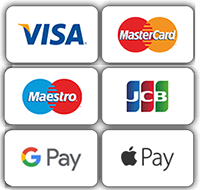 If there's a particular service you are interested in, why not try searching in the box on the left to find more information.